Technical innovations and societies during the Neolithic transition in the Near East.

Research focus
My research interests focus on the emergence of the first farming societies in Southwest Asia. The Fertile Crescent and its margins, from the southern Levant to the Zagros Mountains, represent a unique context for the study of the so-called process of Neolithisation. In this widespread area, from 12 000 BC, the epipalaeolithic hunter-gatherer societies have indeed changed their way of life, their social organisation and their ideological and symbolic systems and settled in sedentary and productive village communities, sharing new distribution and exchange networks. Archaeological discoveries have shown that the mechanisms and the rates of emergence of the Neolithisation are complex and result in local diffusion, adaptation and innovation, which can reflect technical, economic, and cultural choices.

My approach is based on the analysis of the stone tools in order to reconstruct the economic activities and the know-how involved with the Neolithisation process. In my PhD thesis, I have defined the technical and cultural traditions of the Neolithic pre-agricultural societies in the Northern Levant, through the functional and technological analysis of flint assemblages from the site of Dja’de el-Mughara excavated by É. Coqueugniot (CNRS, UMR 5133-Archéorient). I am currently following this line of research in the framework of a Foundation Fyssen post-doctoral scholarship, entitled “Technical innovations and societies during the Neolithic transition in the Near East. Production and use of lithic tools of the first agro-pastoral communities (10th-7th millennia)”. My project is hosted by the Archaeology of Social Dynamics (ASD) Research group of the IMF-CSIC (Barcelona, Spain). The aim of this research is to understand the interaction processes between cultural traditions, technical innovations and social practices at the time of the adoption and the generalisation of animal husbandry and agriculture.
The systemic method I developed in my PhD thesis is here applied to a number of tool assemblages from different Neolithic sites across the Southwest Asia (Syria, Jordan and Iraq), dated between 10th and 7th millennia. Addressing these issues over a widespread area, in different archaeological settlements (sedentary villages vs semi-nomadic hunters sites), I will be able to signify the particularities of these productions in a long-term perspective. My aim is to determine whether observed changes are related to an economic specialisation of sites, or to a chronological or cultural diversity.
In addition, a large part of this research will be focused on the construction of an experimental program on hunting, harvesting cereals and crafting of mineral materials. I have highlighted the lack of experimental references adapted to the analysed contexts and assemblages. Therefore, for the first time, an experimental program dedicated to the archery during the Neolithisation will be developed and other technical fields will be further explored. 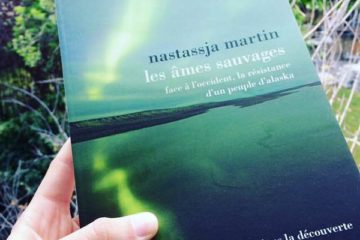 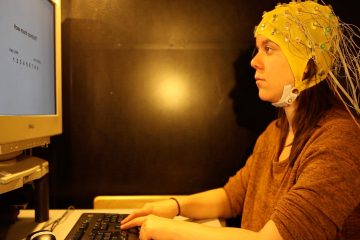 How Action Selection Influences the Sense of Agency: an ERP study.

Nura SIDARUS, Former Fyssen 2016 with Matti VUORRE et Patrick HAGGARD NeuroImage Volume 150, 15 April 2017, Pages 1–13 « Sense of agency (SoA) refers to the feeling that we are in control of our actions and, through them, of events in the outside world. One influential view claims that the SoA depends on retrospectively matching […]