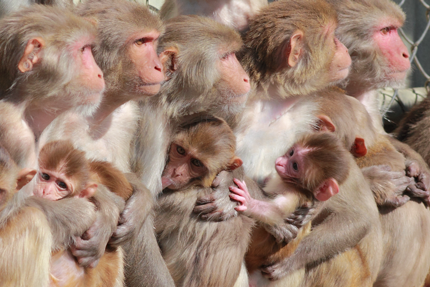 The age at which females initiate their reproductive career is a critical life-history parameter with potential consequences on their residual reproductive value and lifetime fitness. The age at reproductive debut may be intimately tied to the somatic capacity of the mother to rear her young, but relatively little is known about the influence of age of first birth on milk synthesis within a broader framework of reproductive scheduling, infant outcomes, and other life-history tradeoffs.
Our study investigated the predictors of age at first reproduction among 108 captive rhesus macaque (Macaca mulatta) females, and associations with their milk synthesis at peak lactation, infant mass, and ability to subsequently conceive and reproduce.
The majority of females reproduced in their fourth year (typical breeders); far fewer initiated their reproductive career one year earlier or one year later (respectively early and late breeders). Early breeders (3-year-old) benefited from highly favorable early life development (better juvenile growth, high dominance rank) to accelerate reproduction, but were impaired in milk synthesis due to lower somatic resources and their own continued growth. Comparatively, late breeders suffered from poor developmental conditions, only partially compensated by their delayed reproduction, and evinced compromised milk synthesis. Typical breeders not only produced higher available milk energy but also had best reproductive performance during the breeding and birth seasons following primiparity.
Here, we refine and extend our understanding of how life-history tradeoffs manifest in the magnitude, sources, and consequences of variation in age of reproductive debut. These findings provide insight into primate reproductive flexibility in the context of constraints and opportunities. « I am interested in individual differences in maternal care. More specifically, my experiments investigate proximate and ultimate factors responsible for inter-individual variability in behavioral and nutritional care of offspring. The goal is to offer a better understanding of why, in a given species, all the mothers are not the same and to identify the consequences of this variability on offspring behavioral and cognitive development. I study this topic with a comparative approach using models from different taxa (birds, rodents and primates).
I first studied causes and consequences of individual differences in maternal care in precocial birds during my doctoral research at the « EthoS » laboratory of the university of Rennes I. After the completion of my Ph.D. in Ethology, I was awarded a post-doctoral grant from the Fyssen foundation to join the Neuroscience and Reproductive Biology laboratory at the University of Tufts in Massachusetts. There, I studied the molecular mechanisms underlying the influence of social environment on maternal care and its transgenerational consequences.
Still supported by the Fyssen foundation, I transferred to the University of California in Davis in 2016 to work on maternal influences through lactation in Rhesus macaques with Dr Katie Hinde, leading researcher in milk influences on infant development (TED Talk Video). The work I realize at the Neuroscience and Behavior Unit of the California National Primate Research Center aims at investigating the developmental causes for the variability in milk characteristics and to understand how milk quantity and energetic quality influence, in turn, infant development. »

Maria CHOLEVA, Former Fyssen 2016-2017 Mi 08.02.2017 17:30 – 18:30 OREA Lecture Room, Hollandstraße 11–13, 1020 Wien The appearance of wheel-made pottery within an archaeological context is usually associated with the invention of the wheel-throwing technique (i.e., throwing from a lump of clay) and the so-called fast wheel. The traditional approach thus confers to the […] 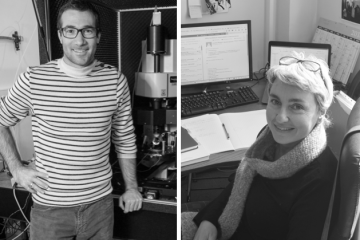